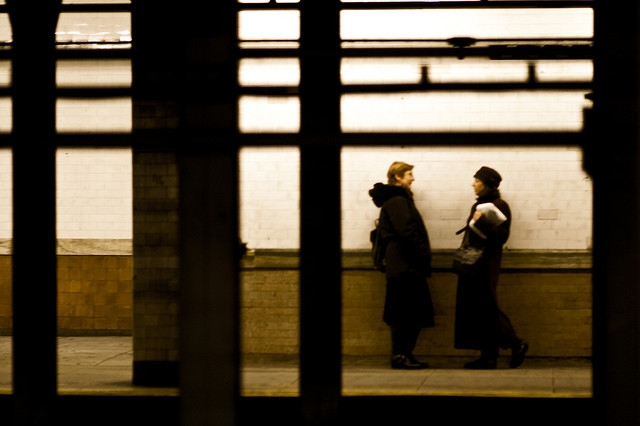 Here’s another rambling catalogue of my thoughts as I explore the workings of feminism. This time it is about the Bechdel Test, the famous measure by which books, movies, TV shows, and all variety of stories are tested against for gender bias.

The criteria are quite simple:

But surprisingly (or maybe not), the number of mainstream (read: Hollywood) movies passing the test in the past year is still incredibly low.

Whether or not it is the most effective measure of quality female characters is a heavily debated topic, but it is the most widely used rating at the moment. In fact, the Swedish Film Institute has supported the incorporation of the test into the ratings system for a number of Swedish cinema production houses.

What works about the Bechdel Test
It provides the opportunity for strong female characters to be included who are not simply there to prop up the menfolk. And that’s good. Women can do anything. They can fight and lead and think just as well as the men. As writers we shouldn’t be automatically reaching into the male character pile when we need a strong character – the test helps us consider if we could have not one but two females to tell the story.

What doesn’t work about the Bechdel Test
The test raises a few questions for me. The fact that women must talk to each other, provided it is not about a man seems contrived. Women must talk about careers, politics, the arts, science, their own achievements, and I don’t know… shopping, periods and breastfeeding? I noticed some of the 2014 films deemed to have passed the test singled out scenes with women talking about motherhood and their children. Surely the topic of male children must disqualify them.

Also real life doesn’t work like fiction. In real life women are lovers and wives; mothers and teachers; employers and employees; managers and subordinates; clients and customers; business partners and suppliers; sisters, friends, colleagues and acquaintances. They play roles in every part of lives – however so do men.

Today, I spoke to three males: my husband, my father and my son (he’s only two: does he count as a man?). I spoke to one female: the barista at the local coffee shop. The other day, I didn’t speak to a single female, my only outside contact being my male editor. Note to self: don’t include that day in my memoir. I’m actually trying to recall a conversation I have had with a female that hasn’t included some kind of a reference to a male – enquiring about the welfare of my husband or son, or of their family or job, of our hobbies that include male friends – and I struggle to think of anything more than a simple exchange at a shop.

Is it because I’m an introvert and shy away from small talk? I much prefer to have fewer yet deeper relationships with people where I can talk about anything and everything, and this means the men in my life. Because I have men in my life.

So when we are creating fiction should we be trying to follow these kinds of rules? It seems like a token effort to simply use it as an item on a checklist for the editing stage: did I use two females in conversation with each other? No? Guess I’ll have to go add one in or change that guy to a chick. But obviously if we are thinking about these things from the start our stories will be much richer and hopefully a better reflection of real life. Something to think about.