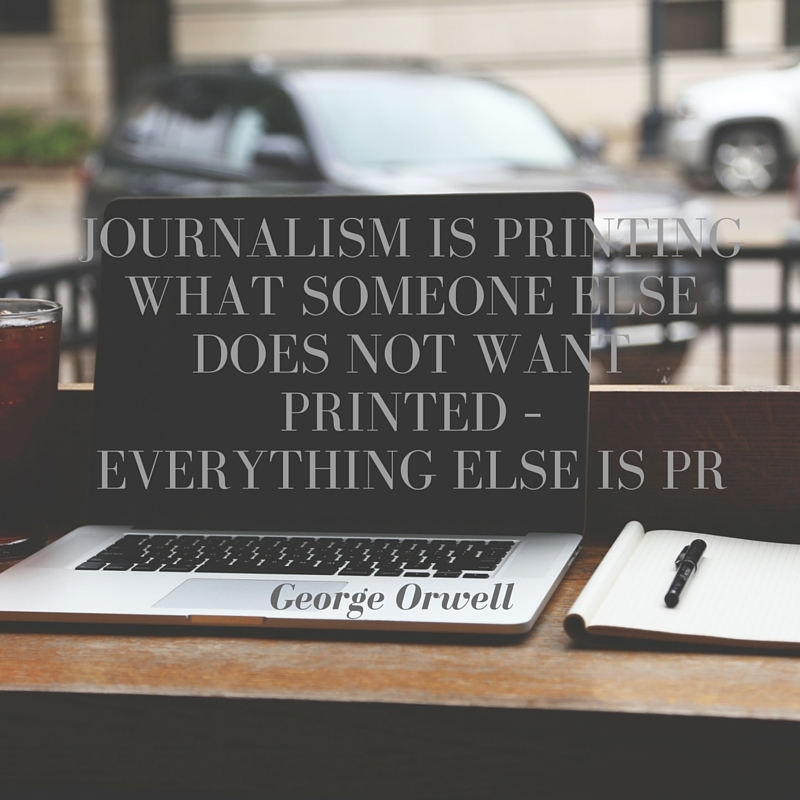 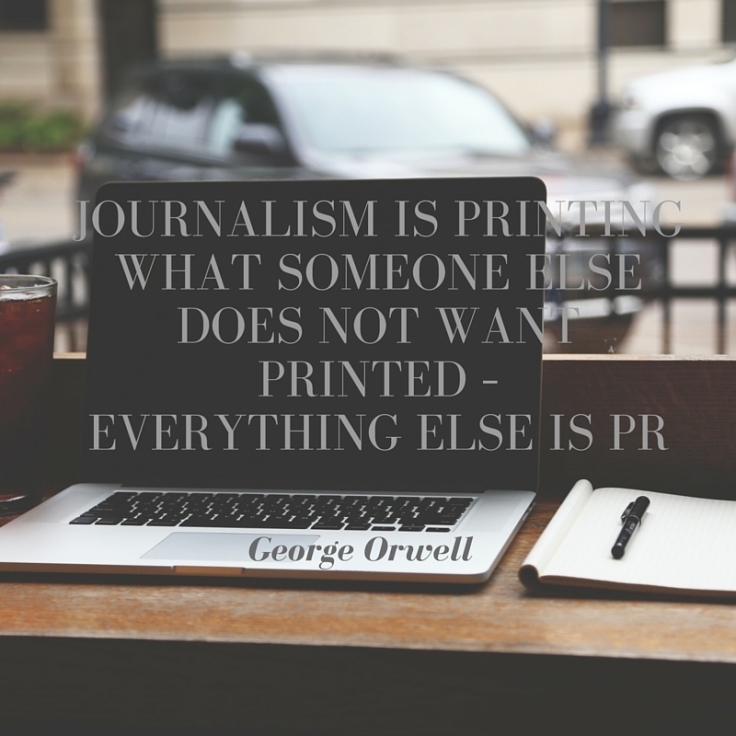 I was in a group of journalists when someone asked us what we thought of this statement. Someone jumped in to talk about sharing people’s stories and how print is dead. Absolutely, journalism is about sharing stories. But it’s a ‘nice to have’ factor.

Then the group received my rant.

It is a journalist’s job to make people uncomfortable ie. to print (or publish, whatever the appropriate broadcasting medium is at the time) what someone does not want printed. The act of doing this makes people and organisations accountable for their actions. The very early journalists – the people who announced the news in the public square in Ancient Greece and Rome – were informing the public of what the democratic government at the time were doing, and later the church, economic and legal powers (these sectors which basically controlled people’s everyday lives through governance, class and the power that faith held in society…and still does to some). Also see the Four Estates (now evolving into the Five Estates thanks to the proliferation of citizen journalism such as Wikileaks and the like)

If the journalist simply reports the news, repeats information from government, corporations and the powers that be without questioning what is put before her, then she is failing as a journalist. She is simply pleasing the people in power, and improving her own PR. This applies to journalists, editors, producers and media outlet owners.

This, I believe is a journalist’s primary job, and is what I think Orwell was trying to say. It is a principle that holds up no matter the platform or publishing genre.