Actually Stella, you have inspired me. I know you would hate to read that. You gave me a kick up the butt and made me stop feeling sorry for myself. Not because you are disabled and have achieved incredible things. But because you were a normal person.

You see, I have a disability too. At the age of 20 I was diagnosed with epilepsy. There are a lot of things I can’t physically do due to my epilepsy: drink more than two or three alcoholic beverages in a session; go on certain amusement park rides (which frankly I’m ok with); and after five years of not having a drivers license I am on a restricted license now, but it could be taken away at any moment. Even things like really hot days, long periods of not eating and that impossible to measure until it’s too late factor – stress – are really bad for me too.

But my disability is not a visible condition like the ones we think of in under the term ‘disability’. While technically falling under the physical disability category, my epilepsy has had far more of a psychological hold over my life.

As time went on I started to believe I was not capable of looking after myself. I wondered if I could really cope with a high-intensity job. If my plans of getting pregnant and raising a family were sensible or even achievable. I developed something else: chronic depression which eventually unwound into anxiety. My brain, which I had always valued as my best asset had started to work against me. I was already angry at it for screwing up and developing epilepsy and now it was telling me my life was over.

I started living so carefully that I began to withdraw from life. I stopped trying new things and started talking myself out of planned activities. I doubted I could travel that far on my own. I didn’t know how to drive around that area of town. Interviews sent me into a panic, I thought they would give me an episode. That many responsibilities in the advertised job looked too tricky to juggle in addition to my parenting and home duties so I didn’t bother applying. I didn’t think I could do LIFE anymore. It really was easier to just stay at home where everything was familiar, and where I could feel sorry for myself.

And then I found you Stella. You told me that we have been lied to: that disability can be a bad thing. But it’s not. No matter how many times I had told myself in the past that “it could be worse,” I had never believed it. I honestly thought I was at my lowest point. But you showed me where I could go. Not because of your wheelchair, or your body. But because of your articulate words and your system-challenging thoughts.

You’re right; you were not remarkable. You were a journalist, writing and speaking on things you were passionate about: feminism, politics, body issues and yes, disability. But what you were really good at was challenging public perception. Sure, it was confronting to hear these things from a woman in a wheelchair. But you could back up your words. You didn’t care about being politically correct (which is why you were so funny and likeable) and yet you got the facts right. You didn’t care about fitting in and yet your actions had such a uniting force.

You know what you were really good at? Being you.

Stella whenever you spoke or you wrote I thought, I want to do what she’s doing.

I did not think about the medications that clouded my thoughts daily. Or the intense headaches I suffered from. Or the nerves that often led to epileptic episodes I felt when interviewing people. I did not think about the people I might upset along the way or how much of a learning curve I had to embark on before I got where I wanted to be. All I could think about was how unhappy I was with what I was doing with my life. I knew I could do better.

You said, “I don’t want to live in a world where we have such low expectations of disabled people.” Neither do I, Stella. 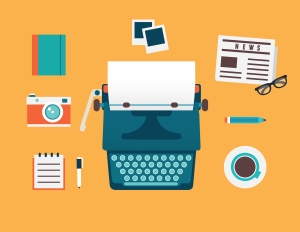 If you were interested in my previous post about the Australian Freelance Journalists collaboration project, I have created a mini-site for some further information.

Tentatively titled Aussie Journos this site will serve as an update for the project although you can also follow along with my progress here.

I am looking to gather as much information from the market about what we want and need before launching anything; I envision the project taking off sometime in mid-2015. Between now and then I will be gathering contributors from all walks of journalism and the business community, working on designs and working out a funding model. I want to do this right.

In the meantime you can help out by clicking on the image below and filling out the survey to let me know what you want to see on the full-scale site.

As always, if you would like to get involved in the project please contact me directly by twitter or email sharon (at) smsmith (dot) com (dot) au.

You say you are “ending the crime of intergenerational theft.” I know you’re talking about the budget. But you ARE actually stealing from our past and future generations.

Let me make it nice and simple for you Mr Prime Minister. Science advances our society. We discover things that improve our economy (like new products, or better ways of doing things), our health (like medicines and methods of treating diseases), and our lifestyle (by making things more comfortable or more fun!).

I have been thinking. I’ve been at this freelance journalism game for almost two years now, although I’ve really only found traction in the last six months or so (part time work will have that effect). Even with a decade of business and marketing experience, I have come up against many obstacles. I have mostly had to figure things out on my own because like most people starting out in this business, I have not had a network of industry contacts to turn to.

Despite there being a number of places on the web where you can learn the writing skills you need as a freelance journalist there doesn’t seem to be anywhere central to learn the really important stuff – the lessons you would normally learn on the job if you had a ‘regular’ job.

Sure, there are plenty of sites teaching ways to be a successful freelance copywriter or how to run your creative writing career as a business – but how much of that applies to us journalists? Some of it; not a lot.

And there are a lot of scattered posts on writers’ blogs on things they have learned over the years on dealing with editors, budgeting, tax and legal issues and social media skills. But none of it seems to be together in one place.

This year’s Walkley’s Storyology Freelance stream made me see that a lot of freelancers feel the same way. So if it doesn’t exist then I want to create it myself. I want to create that place where Australian journalists can bring their knowledge and skills to benefit each other, and learn from those who have been there. If I have learned anything it’s that we are not an exclusive or competitive bunch: we just need a meeting ground.

I am planning to cover the following topics but I welcome your input.

Would you like to help? Do you have some ideas? It will be a big project but it will be great if we can get it working.

My memories of early motherhood are not nice. I had post natal depression and anxiety and that first year was the worst thing I have ever been through.

None of these things is my son’s fault. I was suffering from mental illness. I refused all outside help, not wanting to appear weak, and as a result made things harder for myself. By the time things got really bad I had given everyone the impression I was fine. I wasn’t. I hated motherhood. But because I have woven these events and my feelings together as one event, my idea of caring for an infant is inevitably tainted.

Right now I am also well-practised at recognising the good things in my life, the things to be grateful for. And it makes me want to capitalise on the good. Which begs the question: should I reconsider my one-and-done stance?

But the thought that absolutely terrifies me is this: I don’t want to become that person again. Read more at Daily Life.